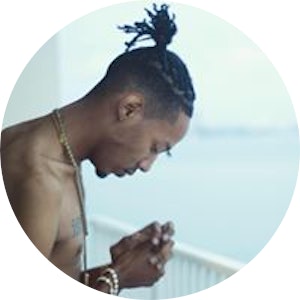 DeAndre’ “Dre Murro” Moore has been singing since he was two, starting in his church’s youth choir in North Carolina, where he was born. Singing in the church choir really molded his voice into what it is today. His first vocal solo was accompanying his maternal grandmother during her piano recital at the age of six. Dre expanded his public singing performances when he was in elementary school, where he participated in every chorus and talent show offered. He believed even then, he was destined for stardom, when he created his own business and autographed cards to hand out to his “fans” during his fifth grade talent show. It was at that talent show, that Dre demonstrated that he could also write his own songs, when he performed “Fairytale Feeling”; the first song he received credits for lyrics and vocals as well as co-credit for arrangement and production with his cousin, James Parker. While residing in Connecticut, Dre showcased his talent in various venues in Connecticut, New York, New Jersey and North Carolina. Dre was a team member of a local performance team (JAMZ), where they performed at various venues in Connecticut as well as in Orlando, FL at Disney World and Universal Studios in July 2009. Dre’ also expanded his professional abilities on the stage, as a member of an up and coming musical on Off-Broadway in NYC titled
"Dancing In The Streets". While performing at the Sugar Bar in New York City owned by Ashford & Simpson ("Ain't No Mountain High Enough", "You're All I Need To Get By", "Ain't Nothing Like the Real Thing"),
Valerie Simpson told Dre that he was a "very talented young man" and she thinks he has an "incredible music career" ahead of him.

At 22 years old, Dre Murro is more than ready to set the music world on fire. With his smooth tone & provocative lyrics, there's no wonder why his self-recorded debut mixtape, "9INE", spawned a hit single with "PlayTime" which garnered over 200,000 streams collectively on popular music streaming service Pandora in 2016. Shortly after, Dre signed an exclusive distribution deal between his self-founded imprint 9INE Records LLC & Empire Distribution. Then came the release of his smash single "Know U Know (featuring Young Dolph)", produced by Grammy-nominated producer Ricky Racks. Oh, and we can't forget YNOS: The Mixtape Vol. 1, which was released in March & hosted by legendary Cool Running DJ Bigga Rankin. Dre then embarked on The #WorstWay HBCU Tour where he performed on multiple HBCU campuses in the US ending with a show-stopping main stage performance during The 2017 Women's Empowerment Conference in Raleigh, NC at the PNC Arena. The end of 2017 brought the birth of a new EP collaboration with music producer BLK Assassin titled "Let's Talk", which dropped in December 2017.

Now, Dre Murro is keeping dedicated R&B listeners well-fed with the release of his new mixtape "SEASON 1" AND his latest single "Worst Way", produced by Atlanta producer and resident hitmaker Mr. Hanky. Although his music career is only just beginning, heads are already turning at the mention of this new R&B star.