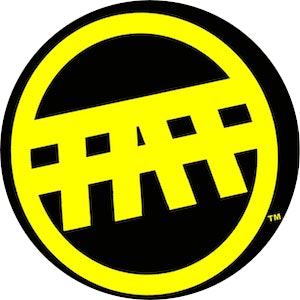 Bio:
-Hailing from Greensboro, North Carolina, FAT (fka The Fatboy) is what you get when you combine a cup of E-40 with a dash of Rick Ross, and a pinch of Weird Al. A charismatic rapper that uses a mix of Golden Era Hip Hop and New School Rap to paint vivid pictures, convey deep emotions, and tell diverse stories. His sound draws you in, his odd charm welcomes you with a bright smile.

". . .many people calling [FAT] next to blow out of the Carolina's" - Larry Marshall (Underground Hip Hop Magazine)

-Since 2010 FAT has evolved into a craftsman & showman Whit it comes to his music. From writing his first rhymes at 10 to his first live performance at 16. From learning stage presence while traveling with the Kenya Safari Acrobats (as seen on "America's Got Talent") on tour to gaining positive exposure from many of North Carolina's more prominent urban outlets and opening for genre legends like Gillie the Kid and Chubb Rock!

"[FAT's] performance was so much FUN!"
-Debra Morgan (WRAL News)

-Currently FAT is in the studio polishing his 3rd EP release "Falcon Heavy" and putting together his own shows and parties giving other upcoming artists a chance to be seen and heard. When FAT isn't on the air, in the lab, or rocking the mic on stage he's an avid sketch artist and devoted father. We're sure you'll enjoy the man and the music that is FAT!