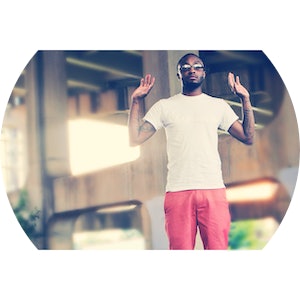 Gomillz (formerly known as Ferris Bueller) was born and raised in Charlotte, NC. Growing up he was influenced by many different rappers from Lupe Fiasco, Jay-Z, Fabolous, Pusha-T, Common, and host of others. He's heavily influenced by what goes in the world around him on a day to day basis. Hip-Hop did not serve a his only source of inspiration. You can hear the influence when he references other cultures in his music.

Gomillz made his mixtape debut in November 2011 entitled Can You Hear It Coming?. He followed that with two more releases in 2012, The Prequel in April & NO DAYS OFF in June. He released his fourth mixtape in February of 2013, Progression. He then released Progression: Volume 2 in October of 2014 making that his fifth mixtape in only three years. In 2015, He released The Lupe Tape, a mixtape dedicated to his favorite MC comprised of classic Lupe beats. In 2016 he released WEST, which is available on all digital platforms. In October 2016, the name change Gomillz from Ferris Bueller took place. He released a four song EP entitled "Don't Look Down" in September of 2017.

Gomillz has opened up national acts Riff Raff, King Los, Hi-Rez The Rapper Emilio Rojas, Phora, and Cyhi the Prince. He’s been featured in WWS Magazine (April 2013), The Hype Magazine (April 2013), Spate Magazine (March 2014), and DZI: The Voice (May 2014). He was featured in the Local Artist Spotlight at the radio station 102 Jamz where his song "Ridin’ Music" received a 4-star rating out of a possible 5. He was named a finalist in the 2012 International Songwriting Competition where his song "Don’t Cry" received an Honorable Mention. "Don’t Cry" was also named a semi-finalist in the 2013 Unsigned Only music competition. He’s headlined the NODA Summer Music Fest twice (2012 & 2013) in Charlotte, NC. As well as headlined the Mid-Atlantic Music Conference (2012). He’s also performed at Epic Fest (2013) in Richmond, VA. He also performed at the first annual Beats N Bars Festival in Durham, NC in 2016, and in 2017 he was invited back to perform.