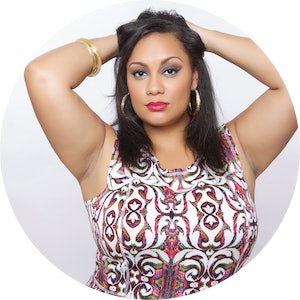 Representing Raleigh, North Carolina, by the way of Landsthul, Germany, the beautiful songstress SoFree Wisdom, will soon snatch the music industry in her grasp of harmonic melodies, soulful style, and charismatic performance energy, and the world will know of her incredible ability to produce classic music with ease. Residing in Raleigh since 2006, SoFree presently works diligently to finish up her well-anticipated album, ‘The Best Things In Life Are SoFree’, working alongside TracStar Rich, her key producer, as well as the love of her life – husband and number one supporter. SoFree’s musical creations will imprint in your mind as one of the most unique sounding voices, one has ever heard of for sure. To be compared to legends such as Alicia Keys, Monica, Mariah Carey, and Christina Aguilera. Using music as a tool to uplift fans and listeners, during the many times life’s whirlwinds attempt to swallow our joy alive, SoFree manages to create music that comes from no where but the bottomless pits of only an emotion filled soul. Remember SoFree for her ambition, with the simple fact that the driven independent artist, can attest to have moved hundreds of her self-entitled EP projects, around the fastest growing city in the U.S., by using her social media campaigns as well as person-to-person sales - through various events – where she hosted or performed. SoFree is a woman of a healthy portfolio, from mixtape project hosting and to hosting and producing her own lively radio show for the Fleet DJ coalition’s internet platform, WWW.FLEETDJS.com, which featured independent artists from all over the world, as well as intense discussions on social-injustice topics that hit the hearts of many. SoFree also performed all of the music and gave another acting debut in the NC poetic based play ‘Her Story Through His Eyes’, written by Dasan Ahanu, poet and scholar native of NC. SoFree displayed even more of her acting skills, by being a star actress in two independent films: “Heavy Weight On The Block 2” & “Hurt People, Hurt People”, and this year, in April 2016, SoFree Wisdom made Carolina history by being the first 919 artist to grace the stage with a performance, at the huge annual Women’s Empowerment, held at the PNC Arena, in front of thousands of fans and listeners. No beginner in this independent plight to a successful music career, SoFree has been getting internet-radio and on-air radio play since 2011, and she doesn’t plan on stopping any time soon. In fact, the honorable songstress released her first official single ‘The Only One’, produced by TracStar Rich, back in November 17th, 2015, and will soon release the final album package. With already two song credits in the films ‘Daddy’s Issues: Dark Secrets’ and ‘Deep Wounds’, you can expect more out-of-the-box accomplishments to form in this powerhouse’s career. SoFree’s muse can be described as nothing less of pure human emotion. Life affects our moods constantly, and the vocalist just enjoys releasing music that is just as versatile as life’s raw emotions and feelings are. SoFree is convinced that her own life stories, meshed with her supernatural ability to lay down harmony and soul on tracks, will be the most unique contribution ever to the music game. You’ll just have to watch to find out.