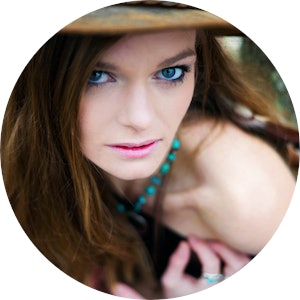 Jordyn Pepper, is a Nashville based, but Colorado raised young artist who is said to be a perfect blend of organic, deep-mountain roots, folk (and a little splash of soft blues), rock and country. Put it all together, and you have the makings of an Americana artist. Signed to Howlin’ Dog Records, Jordyn’s been hitting the road this past year performing songs from her freshman album “Mountain Rain.” She also likes to sprinkle in some of her favorite covers. You might hear some of your favorite songs starting from the 60’s hits up to today's artists like Brandi Carlile and The Revivalists, with her own twist on them. She has over 300 + shows under her belt at this point.

Jordyn is described by many as a breath of fresh air, with crystal-clear vocals and a uniqueness that only says, “That’s Jordyn Pepper.” "We here at Howlin’ Dog hear shades of Loretta Lynn, Natalie Maines, Stevie Nicks and others in the lineage of great female singers, but most of all we hear Jordyn Pepper, weaving all of these threads into a seamless expression of a young woman venturing out into the world,” Don Richmond, engineer/producer at Howlin’ Dog, said.