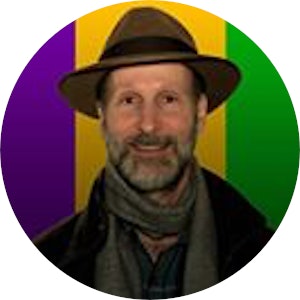 Exposed to great music at an early age, he began listening to AM hit radio on KFRC, and then tuned in to musicologist John Gilliland on KSFO, who hosted histories of pop music, vintage radio, and comedy.

That matured into soaking up music played by West Coast pioneers of public and FM free-form album radio respectively, KPFA and KSAN.

He took his first piano lesson in 1971. During his classical training, he picked up the guitar and started to songwrite on both instruments.

First playing out in the late ‘70s, brushes with fame include forming an early band with Shawn Colvin, and playing with Tommy Tutone, as well as with songwriter Earl Robinson. Later, Dan was written up in Variety during a three-month stay in Southern California, and played at Berkeley's Claremont Hotel. He also did studio work at Wonderland Studios in LA and The Power Station in NYC.

Although his career took another direction as he married and raised two daughters, he never lost his muse. Now that the kids are grown, he’s returned to his first love better than ever, playing ‘60s and ‘70s classics, along with a mix of Soul, Blues, Jazz, and Latin.

His versatile repertoire includes music from all eras right up to the present, including Rock, R&B, Hip-Hop, Reggae, Folk, and Bluegrass.

He’s available as a solo pianist/keyboardist, for casuals, studio work, and for that perfect band.

His virtuosity, ear, and guitar skills help him make other musicians even better, and he particularly loves working with singer/songwriters, both as an accompanist and as a collaborator on original material.