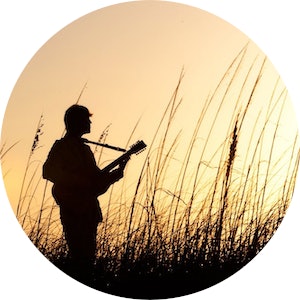 A Bard for Our Time

Frederick Ingram is one of the Carolinas’ most original voices, accompanying wide-ranging vocals with a signature "Baroque folk" brand of fingerstyle guitar.

A native of South Carolina, Ingram has played bass for the Hawaii Pacific University choral ensemble, Soundwave, and a couple of bar room acts in his native state. He then struck out on his own as as performing songwriter. Ingram has appeared at coffeehouses, festivals, and civic events in the Salt Lake area as well as in Boise. He was once featured at Provo’s Festivale di Reggaze, known for its sidewalk chalk-art, between the jugglers and birds-of-prey presentations. Based in the Carolinas, lately he has ranged as far as New York, Florida, and Kentucky.

Ingram kicked off his performed as a solo act at Sumter’s Iris Festival, one of the oldest and largest outdoor events in the South, in 1999, 2000 and 2009. He was a winner of the 2008 songwriting contest held by Saluda Shoals Park in connection with its Unearth Festival; in 2012 he was an opening act there for the S.C. Shakespeare Co.’s “Complete Works of William Shakespeare (Abridged).” He also performed opening sets before the Charlotte Shakespeare Festival’s production of “The Tempest” held Uptown at The Green. He is the featured guest on Episode 10 of The Songwriting Podcast (which features Glen Phillips of Toad the Wet Sprocket as a "bonus"), and visited the world famous Adorama camera store in Manhattan to perform in a tutorial on making music videos.

An avid user of social media, Ingram (@fridrix on Twitter) was selected to witness the launch of the Multiscale Magnetosphere atop an Atlas V rocket at Cape Canaveral; his launch photo was retweeted by the rocket manufacturer and received tens of thousands of impressions. Ingram has also been a beta tester for Google Glass and the Good Judgment Project.

A veteran of dozens of acoustic festival stages (Jammin' in July, SPARKcon, Buffalo Valley Folk Festival, Ol' Front Porch Festival), Ingram has also been in demand as a opening act for folk and rock acts at some of the tastiest venues in the Carolinas and beyond. His rich, mellow style pairs particularly well with the winery and brewery experience (e.g. Terrapin Brewing Company, Talon Winery).