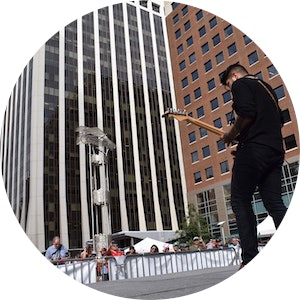 Jose L. Ponce (Pepe Ponce) is a musician from the city of Raleigh, NC.
Currently performing as a solo artist, his music involves everything learned in previous bands, not forgetting where it came from, and excited to know where everything will go.