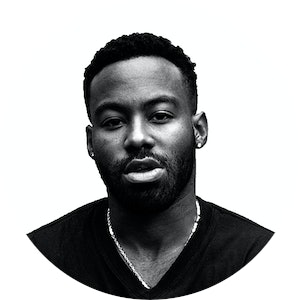 Smooth and soulful are words that describe Antoine Dunn, the man, and his music.
Dunn's sound channels a timeless style, embodied by Donnie Hathaway, Roberta Flack,
Stevie Wonder, and Ray Charles—all sources of inspiration for his music.
Contemporary artists such as John Legend, John Mayer, Alicia Keys, and Adele round
out the myriad of styles from which he draws.

With his debut single “Can’t Forget” and the follow-up single/video “Miss My Love”
charting in the Top 20 on the Billboard Chart, singer/songwriter/musician Antoine Dunn
is swiftly proving to be the next great soul man. The 25-year-old Cleveland-born natural
is that rare complete package of soul that seems to only come along about once in a
decade.

Antoine went on to be picked up as the opening act of Anthony Hamilton’s national
“Back to Love Tour” (with Estelle) where he received glowing reviews. A journalist from
Examiner.com wrote in her review of his opening set at Detroit’s legendary Fox Theatre,
“Those that had made the wise decision to arrive early experienced a powerful show
filled with passion, heart and profound musicianship.

Antoine is all about music’s power to bring people together. “Holistically, so much keeps
us separated – sexual preferences, economics, neighborhoods. My goal is to help break
down barriers. At a concert when everyone is vibing on the music, no one cares
whether the person sitting next to them has the exact same beliefs that they do. As an
artist, I want to do things that reveal me as unlimited in my creativity and with the
purpose of unity.”

The singer /songwriter's yet to be titled forthcoming album slated for a 2018 release
through Harvey Marie Records is already starting to generate much anticipation. The
second single - “By Design” was recently featured on Shazam’s #NewMusicFriday
iTunes playlist, and premiered on SiriusXM’s Heart & Soul in June. "I'm so excited to
share this new musical chapter with my fans all over the world."